Why Air Conditioner Maintenance is So Important

It is critical to perform routine maintenance of filters, coils, and fins ANNUALLY. Neglecting your primary maintenance results in a continuous reduction in air conditioning effectiveness while increasing energy consumption.

Regularly changing your AC filters is the most important step in AC maintenance, according to the DOE. Filters that are clogged or dirty are much less efficient. Additionally, when airflow is impeded, dirt may bypass the filter and reach the evaporator coil, reducing the coil’s ability to absorb heat. Replacing your AC’s dirty filter with a new one will cut your air conditioner’s energy consumption considerably.

Central air conditioner filters usually are anywhere along the return duct’s length. You can also find filters in walls, ceilings, or directly in air conditioners. A filter is placed in the grill of a room air conditioner that faces the room. 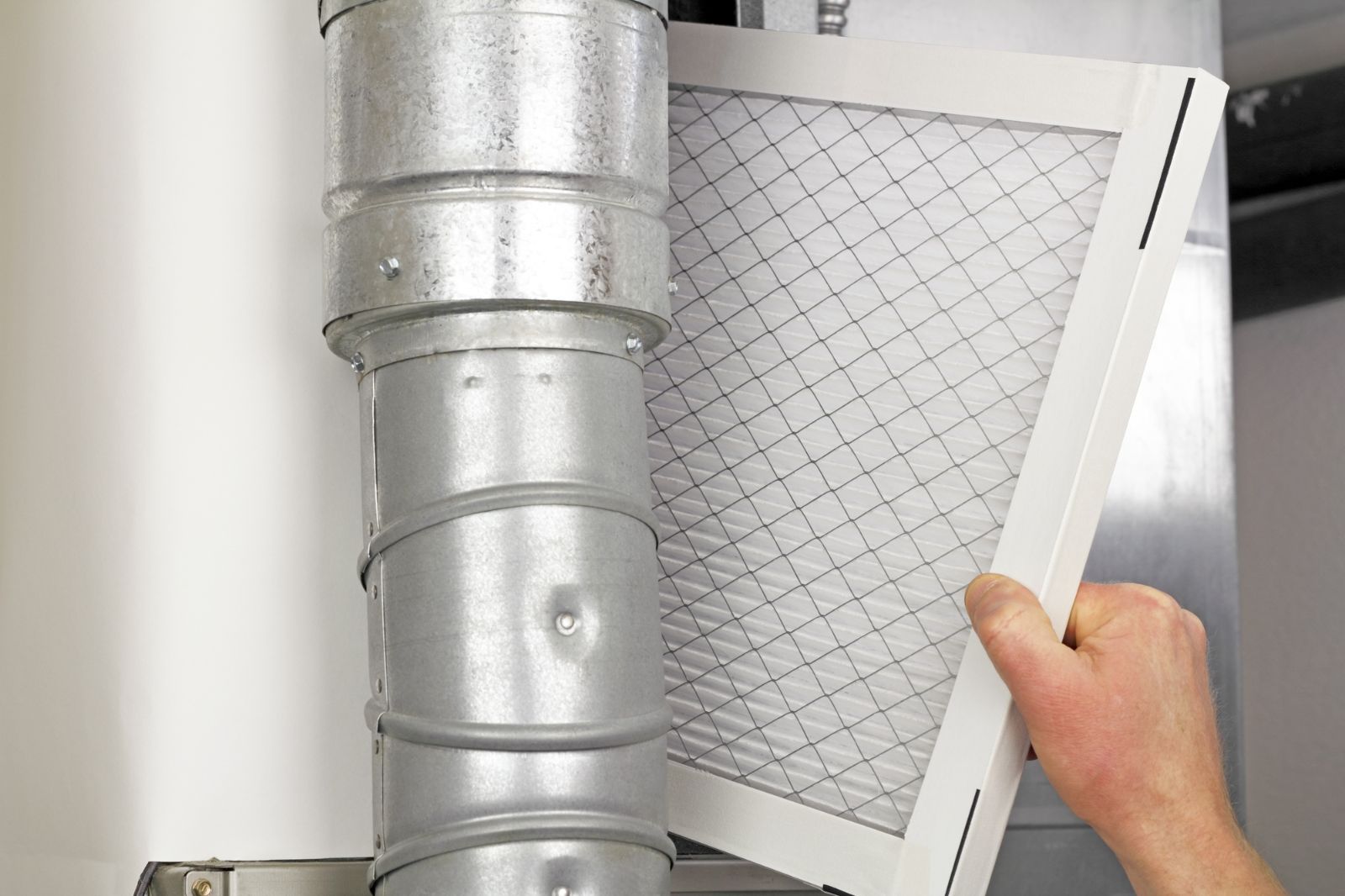 Outdoor condenser coils can get quite dirty if the external landscape is dusty or there are lots of trees. You can examine the condenser coil and see if dirt has accumulated on its fins.

You should keep dirt and debris away from the condenser unit. Your dryer vents, falling leaves, and lawn mower are all potential obstruction sources. Cleaning the space surrounding the coil, cleaning any garbage, and pruning foliage back at least 2 feet (0.6 meters) improves airflow around the condenser.

Evaporator and condenser coil aluminum fins flex easily and can block airflow over the ring. A “fin comb” is a tool sold by air conditioning wholesalers to comb these fins back into their original shape.

Pass a strong wire through the drain passages of the device regularly. Clogged drain channels prohibit a unit from lowering humidity, and the extra moisture that results may discolor the walls or carpet.

Inspect the gasket between the air conditioner and the window frame at the start of each cooling season to verify it comes in contact with the unit’s metal casing. Moisture can cause this barrier to deteriorate, enabling cold air to escape from your home.

In winter, either cover, remove or store your room air conditioner. A central air conditioner’s outside unit can be protected from winter weather and debris by covering it.

How Air Conditioning Can Help People with Allergies

Believe it or not, your air conditioner is pretty amazing. It already provides comfort from hot and humid days but can also relieve seasonal allergies. Air conditioners remove water from the environment (which is why they keep you cool). As a result, harmful pollutants, pollen, and particle matter are extracted.
Believe it or not, removing allergens from the air you breathe inside is a natural result of the cooling process.

The Right Filter Can Help Even More

The natural cooling mechanism of a high-efficiency air conditioner can give significant allergy relief. On the other hand, anyone who suffers from severe allergies is unlikely to want to take any risks with their indoor air quality. In these circumstances, we recommend installing a HEPA (high-efficiency particulate air) filter. These filters will increase your air conditioner’s effectiveness in protecting you from allergies and pollution. 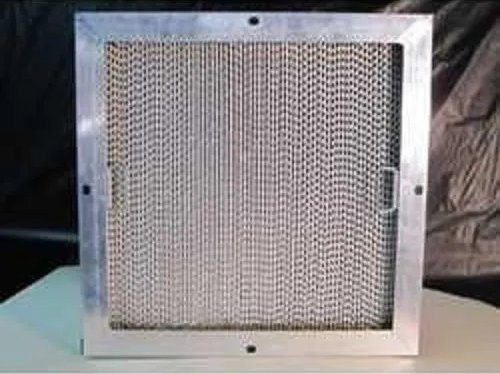 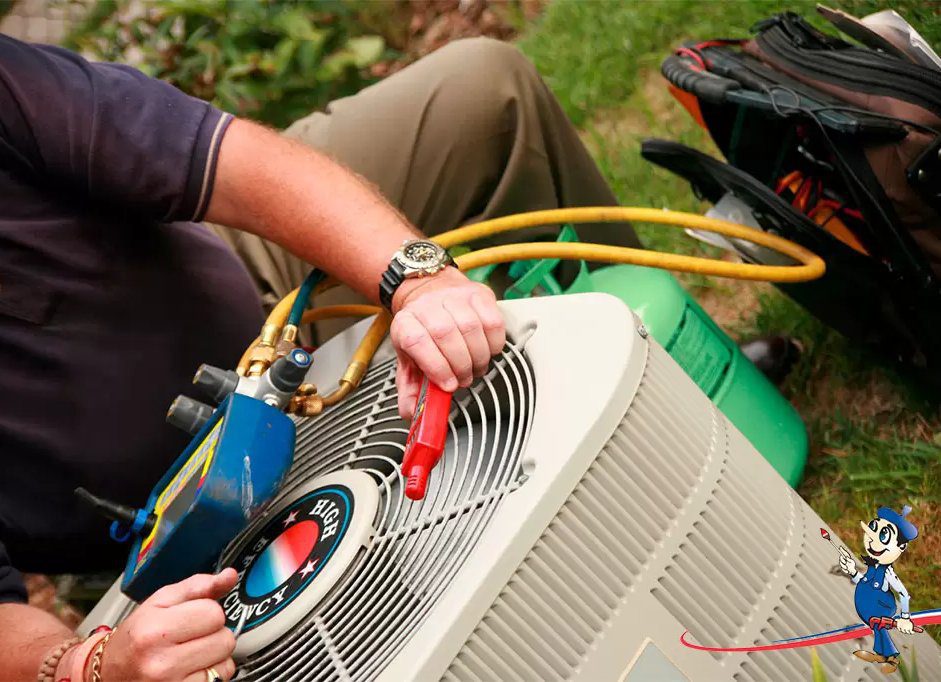 A Poorly Working Unit Will Hurt More Than Help

For all of the benefits of an air conditioner in allergy avoidance, the contrary might also be true if your unit is old or in poor working order. Window units, for example, are considerably more prone than central system equivalents to cause mold growth. This unfortunate fact is that many of these window units aren’t modern enough to disperse the humidity taken from your room adequately. Humidity is deposited on the cooling coils of the unit in these systems. Mold-growing spores can be encouraged by moisture and dust, which can then be redeposited in your house.

Working with an air conditioning professional who can provide you with the most satisfactory solution for your unique needs is an ideal approach. Reach out to Quick Temp today to speak with our experienced experts.

A Short History of Air Conditioning

Before air conditioners, people did their best to stay cool through the hot summer months. They’d keep doors and windows shut around noon, delay cooking until cooler hours, blow fans across blocks of ice, and open their windows again at night to let in the cool evening breeze. While some of these things helped, anyone who’s had a power outage in the heat of the Oklahoma summer knows there’s no beating that heat without at least a window AC unit.

Willis Carrier, an engineer, developed the first air conditioner in 1902. Carrier.com attributes the ability to create many future industries to the creation of air conditioning.
According to Carrier.com, Willis Carrier’s idea gave rise to several sectors that sustain our economy today. Air conditioning enabled the production of everything from baked products to military supplies. People gathered to cooled cinemas to escape the heat, which immediately led to summer movie blockbusters. His innovation permitted the exact regulation of temperature and humidity, which enabled retail malls, intercontinental flights, and the servers and computers that power the Internet.

If you think about it, air conditioning has made many things possible. Many today’s medicines were created in laboratories using temperature-sensitive techniques and equipment. In other words, without our cooling systems, we wouldn’t have pharmaceuticals that cure everything from the cold virus to cancer therapies.
Because of the heat, school is out for the summer. It was too hot to learn during the warmer months before air conditioning; therefore, schools formed summer vacations. Fortunately, the idea stayed, and today’s children may enjoy the summer with the added benefit of an air conditioning system.

You should not have to wait for cooling assistance! We believe in restoring cooling comfort as soon as possible, which is why we always honor our same-day service promise.

Our customers do not deserve mediocre service; we strive to surpass their expectations, regardless of project size or complexity! We constantly go above and above the typical level of service for significant installation projects and simple air conditioner repairs.

Installers with extensive training and experience

Homeowners choose Quick Temp because they know they can rely on us for accuracy supported by trustworthy personnel. We are ready to explain our options so you can understand how they will benefit your family. We will never try to provide you with more than what’s necessary to return your home to its previous level of comfort.